20% Off Wetsuit Sale on Now! Discount applied on Cart/Checkout page.

COVID-19 update: Our Auckland store is now taking phone & online orders. Orders will be delivered at the first available opportunity

(No reviews yet) Write a Review 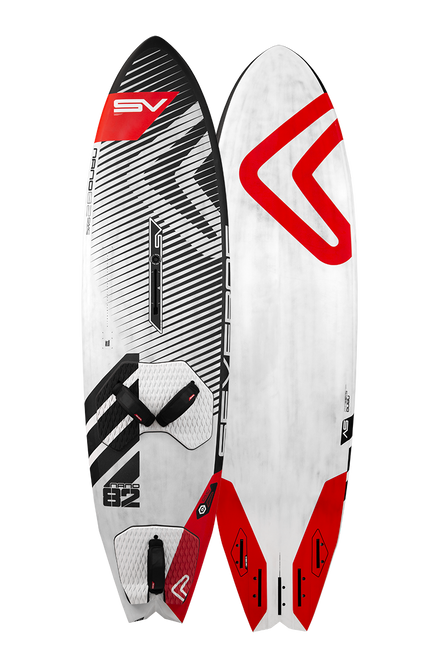 The new Nano takes the compact waveboard concept to the next level.
Experiments with rocker, bottom contours, surface area distribution, and fin placement have delivered significant improvements in stability and all-around sailability. On top of that, acceleration and tight radius turning have also been enhanced with the addition of multiple channels in the tail. Aesthetics are aggressive. Performance is electrifying. Versatility is massive.

Inspired by Tomo new-school surfboards, the Nano is a fresh wavesailing sensation.
Its parallel rails mean the width is narrower than on a traditional board, which makes it feel like youre sailing a smaller board. The efficiency of the parallel rails means youre up and planing as if you were riding a bigger board.
Initially conceived as a small wave, onshore biased design, the Nano proved to be so much more:

INCREDIBLY VERSATILE
Fast enough for onshore, stable enough for high speed, down-the-line wall rides. And then with the option of Thruster drive and power or Quad manoeuvrability.

INSTANT ACCELERATION
An efficient rocker with low-drag entry gets the Nano up and moving with the slightest gust.

FUNCTIONAL VOLUME
Volume distribution centres the volume where you need it, not up on the nose or right at the tail. This makes the Nano really efficient for its size. Small and efficient.

NANO DIMENSIONS
Small. Its short length and narrow width make the Nano extremely compact. Sure, it fits in the car easier, but the real benefit is a smaller rotational space; fits into hollow sections of small waves, or quick aerial rotations.

PROGRESSIVE RAILS
Blending from thin, refined rails at the tail and through the stance, the rails get progressively fuller towards the nose. This automatically sets the trim when turning the front rides safe and high, while the tail bites and drives through the turn.

Stay In The Know

Sign Up For NZ Boardstores News, Sales And Deals

Talk to our gear experts